Women in the Industry - Luann Meyer

In honor of International Women’s Day on March 8 and Women's History Month, SWANA is highlighting women in the industry who have shown their dedication and hard work. In this male-dominated industry, each woman has had her own unique experience. 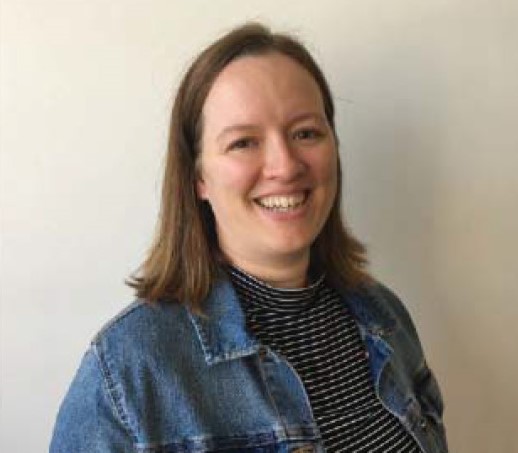 Luann Meyer has over nineteen years of experience with environmental projects. In 2017, she joined Monroe County as their Solid Waste Administrator. In this role she manages the contractors that operate and maintain the County's landfill, transfer station, and recycling center. She also oversees the management of the County's leaf compost facilities and education and outreach program. Luann often says there is never a dull moment in the solid waste and recycling! Additionally, Meyer is the Vice Chair for the NY Federation of Solid Waste and Recycling Annual Conference and is the President of the New York Chapter of SWANA. Meyer also served on SWANA’s International Board of Directors from 2016-2019.

Making the switch from consulting to public service three years ago, Meyer is the Solid Waste Administrator for Monroe County, NY. Here, Meyer is responsible for the County’s integrated solid waste and recycling program. She oversees a landfill, a transfer station, a recycling facility, two compost facilities, and a unique facility called the ecopark!

We talked to Meyer to learn more about her career, experiences, and more!

How long have you been in the industry?

Luann Meyer (LM): I've been in the industry for about 19 years. However, my father was in the solid waste business since I was a little kid, so it's in my blood.

How did you get into the industry? Was it because of your dad?

LM: My dad was definitely a part of it. I was the kid in school who wanted my dad to come in and talk about garbage and recycling on Career Day because I always thought it was an important component to “saving the planet”. This was in the late 80's, early 90's when recycling was really just taking off across the country. I don't think I remember recycling at home, but I remember going to an environmental camp where we made our own recycled paper, which I thought was pretty cool. And then, as I got older, in my teenage years, I am sure I lost interest in what my dad did, but he worked at a landfill, so it was never far from my thoughts. I actually learned to drive on the landfill before I hit the actual roadway, so that was always kind of funny. I also helped out at the landfill’s open houses and would relay to the attendees how important landfills are and how they had a part in helping to reduce waste and recycle. And so, when I decided to go to school, I knew I wanted to something associated with the environment, I just didn’t know what exactly, and I wasn't, at that point, necessarily convinced I wanted to do waste. So, I got my degree in environmental management and my first jobs were more geared towards environmental remediation and doing environmental site assessments of properties, but then as time went on, I had a solid waste client that I began doing permitting, and some compliance work for them, and then it kind of just started growing from there—I started doing more of that type of work and I really enjoyed it. And then almost nine years ago, I switched companies and really started focusing on Solid Waste Management, where I helped write multiple local solid waste management plans, prepared requests for proposals for the operation and maintenance of a material recovery facility, and worked on a couple large landfill permitting projects that were over 100 acres in size and provided over 80 years of landfill capacity combined. I learned a lot on those permitting projects as it related to the design of landfills, to dealing with the public, and working with your local governments to ensure all environmental concerns are addressed.

Almost three years ago, I moved over to Monroe County, and became the Solid Waste Administrator for the county, and that's when I felt I could have more control over my own solid waste program. One of the landfills that I helped expand is the County’s Mill Seat Landfill So, it was a natural progression of my career working as a consultant on that site for the county, and then coming over to the municipal side of things.

What is it like being a woman and engineer in this industry?

LM: I definitely was in the minority being a woman in the waste industry when I started out. Although, I knew a couple women that worked for a large waste management company, I didn't necessarily work closely with them. The folks that I dealt with were primarily all men.

However, I’m not one to really focus on gender too much. I just work hard to prove myself, and I treat men as my equal and by doing that they do the same. I never really had thoughts like “oh my gosh I'm one of the only women in the office or sitting at the table.”  Instead I was just part of the team.

When I first started out, the number of women that are in the field of engineering or in the field of solid waste were few to none, but I’ve seen that increase exponentially over my career. I have a team here at the county of five, including myself. Three of us are women and two are men, so we are the majority! Over my career I have had the pleasure of working with some remarkable women. I've also been so fortunate to have supervisors who have been men that have respected me and have trusted me to lead projects. There was never a concern with me being a woman, they just put a lot of faith in me, and I learned so much from them by doing that.

LM: We're in such an exciting time right now that change is imminent. We’ve already seen so many changes like how we refer to the industry – instead of solid waste management we now call it materials management or resource management. We are taking materials and managing them in so many different ways – and the sky is the limit with new technologies such as artificial intelligence and waste conversion technologies. I see us progressing further along with managing our resources and us being one of the solutions to the changing environment. We are also getting more attention at the regulatory level by the introduction of legislation that would shift the focus to the producers of products and making them responsible for their end of life. For far too long the onus was on municipalities and their material recovery facilities to manage the materials being produced.  Over the last decade recycling has become so confusing for consumers that they just don't know what to do. We need to make it more streamlined for the consumer, so they know how to Recycle Right. They shouldn’t have to be a materials management professional to know what goes in the recycle bin – it should be an easy decision, so we need to work on standardized labeling as well.

I also hope people realize how important they are in waste reduction. Recycling is great, and it's really important, but the waste reduction component really is what should happen first. People need to think about the products they're buying – ask questions like “do I need this thingamabob” or “is there a better alternative”. We also need to also get away from over consumption. I think we have an uphill battle when it comes to curbing people’s behaviors, but we’ll keep working towards it one step at a time.

LM: I don't think I consider myself a pioneer. I feel like we're in a second wave of the pioneers in our industry – many of the people that were in my job before me who were the pioneers are retiring; those who started in the late 80's and early 90's are entering that next chapter of their lives and folks like myself are moving into their roles. I think there's an opportunity that there's a second wave of pioneers, but I don't consider myself a pioneer. Ask me again in 30 years and maybe I’ll have a different opinion since we have so many opportunities to improve upon the foundation that was built for us in the industry.

LM: I have so many, but I would start with my father, Dick Sturges, as he was one of those pioneers in the waste industry that paved the way. I was always amazed at his integrity and how people that worked for him really respected him. It's cool to hear about the impact he had in the industry and I hope I am following in his footsteps.

All my bosses over the years have been my role models as well — David Belaskas, Kevin Voorhees, and John Brusa.  I always thought of Kevin as the master of solid waste master in New York State, and I was very fortunate enough to work for him for six years before he retired, and I learned so much from him. Also, Russ Rutkowski, who was previously in my position at the county. I worked with him for a number of years before he retired, and then I took on the position, and just learned so much from him. He was integral at building the foundation for the Monroe County solid waste program and I am lucky enough to have the opportunity to build off of such a solid foundation.  Two years ago, he received the SWANA Lifetime Achievement Award, and I was the one that submitted the application for it, so I was so excited when he won it.

I also have role models on a daily basis that I learn from. The people that work for me are my role models because they're teaching me things, daily as well. Also, our Director, Mike Garland-- he's another role model — I could go on and on.

LM: When I started at the county it was June 2017, the recycling markets were kind of falling apart, you could say. China had just announced that they were going to make some pretty major changes, and we knew quickly that they were going to impact everybody in one way or another. My team (kudos to Nicole Fornof and Tina Stevens) and I were ready for the challenge and built a recycle right campaign for our community. We already had a pretty sweet program, but we added some significant components such as interactive videos of the recycling center and ecopark, created a Recyclopedia, bolstered our presence in the public, joined social media, and recreated informative flyers and magnets. One video actually won a Telly Award, which we're really proud of. We partnered up with our local hockey team. We did events for Earth Day and America Recycles Day, and just really got out in the public trying to get the messaging out there. So, I think that's been a highlight of my career seeing something we've been building on and just making it better and better.

LM: It is simple – work hard. Put your best foot forward, and, if you’re good at what you do, it doesn't matter if you're a man or a woman. Also, learn from the people you work with. Every day you’ll learn something new, and I think that's really important. Lastly, have fun – we work in a pretty cool industry!