Women in the Industry - Kim Braun

In honor of International Women’s Day on March 8, SWANA is highlighting women in the industry who have shown their dedication and hard work. In this male-dominated industry, each woman has had her own unique experience. 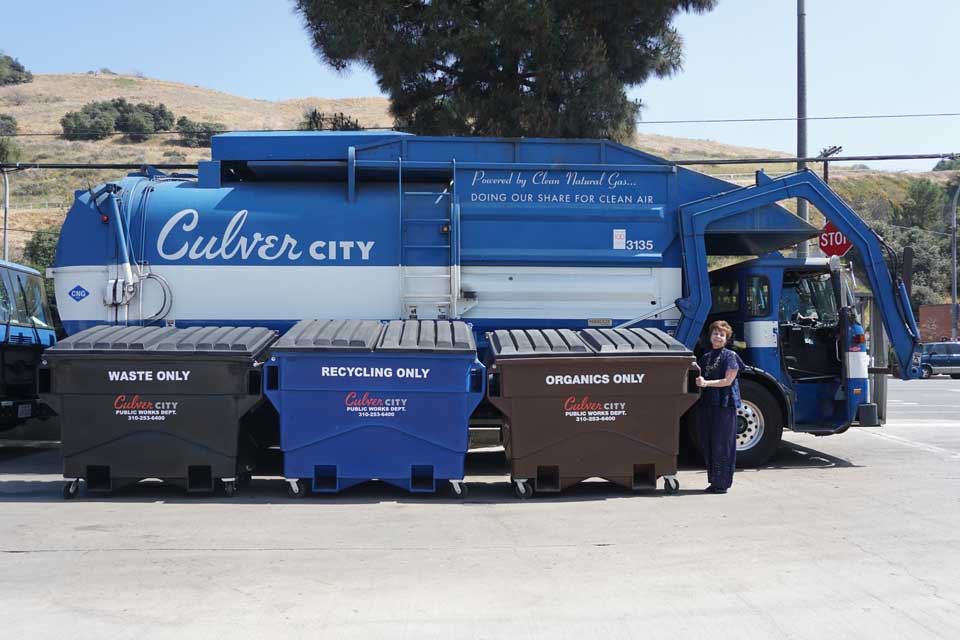 Kim Braun is the Environmental Programs & Operations Manager for Culver City, CA. She started in the industry in 1989 – 31 years ago. She is responsible for waste, recycling, and organics collections programs city wide, a 500 ton per day transfer station, citywide storm water projects and waste water services. Between 2009 – 2016 Kim served as the Resource Recovery & Recycling Manager for the City of Santa Monica. The City provides waste, recycling and organics collection, bulky item collection, citywide street sweeping and household hazardous waste curbside collection services. Kim began her Santa Monica career as the Materials Recovery Superintendent in 1997. Prior to relocating to Santa Monica, Kim worked for the Mercer County Improvement Authority (MCIA) in Trenton, New Jersey as the Director of Operations. Kim was responsible for the operations of a 1200 Ton Per Day transfer station and county wide recycling programs. She is an active member in both SWANA, where she served as the Sustainable Materials Management Technical Division Director, and SoCal SWANA Founding Chapter serving as a Public Board Member for SoCal SWANA and National Advisory Board Member from the local Chapter of SWANA. Kim received her B.S. Degree from Michigan State University and a Master’s Degree in public administration at American University in Washington, D.C.

We talked to Kim to learn more about her perspective and experience in the industry.

How did you get into the industry?

Kim Braun (KB): Well, it wasn't of any interest at all to me. I was in finance and budgeting for the County of Mercer in Trenton,  New Jersey. And then a position opened in our Mercer County Improvement Authority, which was responsible for large major construction projects, as well as for regulating disposal of trash for the waste haulers throughout Mercer County. We were the sole transfer station for the entire county of over 500,000 residents. We also had the exclusive rights to landfill space, and we purchased air space from waste management to dispose of all the county's waste. I started in more of a financial position and as time went by, I was promoted to Director of Operations, which included running the 1,200 ton per day transfer facility and our brand-new recycling programs that were offered to all the county residents.

What was your experience like being introduced to the field? What progress have you seen since joining?

KB: Something else to learn. The more I delved into the industry, the more fascinated I became with how things were operating. Residents generally think of trash as taking it out to the curb and someone picks it up and throws it in the landfill and that's it. That was about the extent that people cared about trash, back in the early 80s, and beginning of the 90s. And then our organization was one of the few that decided waste management was more than just throwing out trash.  We should try to recover some of this material. And that's when we started a dual stream recycling program.  We did that for the entire county of 13 municipalities.

Then in 1997 I relocated to Santa Monica, California. Santa Monica, at that time, was one step, two steps, no five steps beyond what I even thought we were doing when I was working in New Jersey. In addition to having a recycling program already in place, they started the automated system with collection vehicles. In New Jersey we were still doing rear load collections and split compartment collections for recycling.

In ’99, we implemented a residential yard waste program. We provided all our residents in Santa Monica, with green containers where they could put their grass clippings and small hedge trimmings etc.

So, within the 11 years since I started out in the trash business, I saw the change from just throwing trash in a landfill to implementing an entire county wide recycling program to moving to California and implementing not just a recycling program but a green waste program as well. We also changed the way we collect trash using automated trucks fuel by compressed natural gas. We really changed the way things operated and I'm glad to see today that we're still evolving.

What is it like being a woman in this industry? Were there a lot of other women you worked with?

KB: Maybe like one handful. When I started in 1989, women were more in the administration end of the waste management business, meaning we were budgeting and helping to draft proposals, but we weren’t the one’s negotiating contracts and understanding the processes. In Mercer County, I, moving up to Director of Operations, was one of the only women in a state of New Jersey at that time that was operating a 1,200 ton per day transfer station. There weren't many then, and when I moved to California, and joined the Southern California Founding Chapter of SWANA, there was maybe three of us in the business at that time that were participating and really trying to become effective with the change. Since then, I'm very happy to say that many more women have joined the industry. I try to promote women in the industry as much as possible, and that means from the very bottom to the very top.

KB: I'm hoping that women start opening their own businesses relevant to the waste industry, whether that be a collections operation or various consulting services to assist with landfill operations, materials processing, extended producer responsibility etc.

These are the types of things that are still the gentleman's world, especially in collections, transfer, MRF’s and construction and demolition operations. There's so much opportunity out there and we need more development of composting sites and anaerobic digesters. I'm hoping that we see more women be able to start up and own one of those businesses because they're not doing it much yet, but I would love to see it happen.

KB: Well, there's a couple people that are my role models. One, when I was manager of the resource recovery and recycling division in Santa Monica, California, my role model was our city manager.  His name is Lamont Ewell, and he was 100% my backbone and supported many of the changes that I took on including changes in our processing of collections, changes in how we operated our transfer facility, and with the organics (food waste) added to the green can.

He was my mentor that said: “Kim, whenever you get frustrated by a roadblock, turn it into fascination--figure out why you're fascinated and work with that, so you can get it done.” And I live by that mantra, and it really works.

My second big mentor is one of my very best friends in the waste management industry and that's Michelle Leonard, who currently works for SCS Engineering. Michelle and I were the pioneers at Southern California SWANA Founding Chapter for females. So, we both, in a way, paved the way for women in our industry, but Michelle even more so than me. She paved her way through SoCal SWANA Founding Chapter at a time in the early 90s where it was almost unheard of to see females being appointed to the executive board.  She moved herself all the way up to be the president of SWANA. Michelle was a big help to me with several new programs introduced in Santa Monica including our Zero Waste Plan and Zero Waste Programs at all city facilities. We both kind of paved the way with new programs. She helped me implement them and we got these things going. It was a way for her and me to be able to show the world that here we are, and we can do these things.

KB: I do, I really do. As I said I was one of very few women that were able to start making their way in a waste management industry, and that was way back in 1989 when I just had started in more of the budgeting aspect of things. Then, moving the county forward by starting a recycling program and managing a 1,200 pound per day transfer facility.  It was great when I relocated to California because there was lots of support for programs, both through state regulation and through our municipal councils.  Santa Monica was able to take the first steps with alternatively fueled vehicles, with single stream recycling, with single stream green waste and automated collection vehicles.

Being from both coastal communities – the Atlantic Ocean the Pacific Ocean, I have first-hand knowledge of what's going out into the water on a daily basis because I live on the beach, and it's really something that I'm passionate about, and hope that through some of the steps I'm taking now, with the support of Culver City, other cities, counties and states will be able to support and take this on in the future. I am trying now to implement regulations to ban and reduce the use of products that really don't have any recyclable life or, you know, will be a lifeline in a landfill forever.

KB: There’s several. I could say each decade there's been an accomplishment that I'm most proud of. My first decade was really starting to learn the waste industry and implement a recycling program for the entire county in New Jersey, and it was successful. And then coming out to California and changing the whole way we collect trash, which getting rid of the old rear loaders and replacing them with side loader automated vehicles and putting out automated containers and changing from diesel and regular fueled vehicles to compressed natural gas. That was a big 90s achievement. The early 2000s, we implemented a green waste program to go along with the other recycling and trash programs, which was a big accomplishment. And then in the late 2000s, moving forward by adding organics into the green waste program and sending all our materials to compost sites and digestor facilities. Now working in Culver City, we are beginning to recover food for other’s consumption is just an outstanding feat.  I think everybody's starting to recognize food is a huge waste in our industry right now, and there's so many people that really need the food.  I’ll be so proud of beginning that program and really watching it sprout.  We're just doing baby steps and getting started, but my goal in the 20s would be able to have the city collect consumable food products from private companies, such as 7/11, Starbucks, and mini-marts that have food on the shelf that they can't sell tomorrow. The City of Culver City could pick up that food today and then take it to nonprofits and food banks that really need the food to give out to the community.  That’s my goal to accomplish into years, I'm hoping I can accomplish that.

KB: My favorite quote, “please turn your frustration into fascination”.

Keep up, keep on giving your ideas. Be persistent and find ways to make it work no matter what. Be creative and don't fear moving forward into an unknown, because that's where your most fabulous accomplishments will happen.