Women in the Industry - Marcia Papin

In honor of International Women’s Day on March 8, SWANA is highlighting women in the industry who have shown their dedication and hard work. In this male-dominated industry, each woman has had her own unique experience

Marcia Papin has been in the industry since 1984. Starting out as a heavy equipment operator after leaving the army, Papin quickly worked her way up the ranks and became first the lead operator and then the landfill supervisor. She is now the Solid Waste Manager for the County of Greenville, SC.

We spoke to Papin to hear about her experience in the solid waste industry. 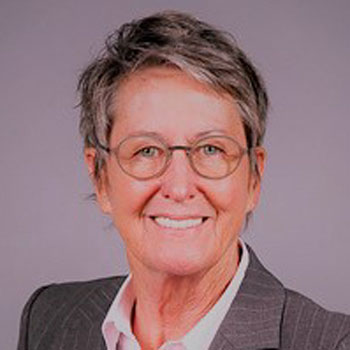 How did you get into the industry?

Marcia Papin (MP): Upon seeing my first landfill I thought, “Well, this is where I would like to spend the rest of my life.”  I thought of it as a giant construction project that never shuts down, I would not have to travel, or jump from job site to job site, I would build something right here without a foreseeable ending.

What is it like being a woman in the industry?

MP: I remember when I was young, and we'd be in a meeting, it didn't matter who I had with me--I could’ve had the janitor with me, and contractors, engineers or vendors would start talking straight to the guy in the room. I'd let them go ahead and talk to the guy because I could still hear them, and at some point, someone's going to have to answer the question, and it’s wasn't going to be the equipment operator sitting next to me. I would answer the question, and they’d go right back to addressing the guy sitting next to me. It was a little like being invisible.

What progress have you seen being made in the industry?

MP: Obviously my early years were spent filling open pits with everything that came across the scale, so the changes in technologies and the emergence of resource management have been the major changes. Before Subtitle D, I was just worried about having equipment that was running, having people to run the machines, and whether or not the road was  good enough to get the trucks out to the field. It was very basic.

The progress made from those days to now provided my generation with significant challenges, but the most exciting progress has been in the area of resource management. You could not have convinced me in 1987 that resource management would even be a thing, let alone something that became 42% of our budget and captures 9% of our entire waste stream coming across the scales.

MP: I hope we see continued growth in the sustainable materials management sector. Landfills play an important role in waste management but my hope for the future includes recognition of our contribution to global warming and that we put more of an emphasis on finding ways to mitigate emissions.

MP: Well I had a number of people that helped me, but my real role model was Susan Harrison-- she was the County’s Environmental Engineer. Susan showed me the importance of being professional, a skill I use rarely. She showed me how to have an argument, and how to convey information in writing. If you ask her, she will tell you that I was her mentor too, we both had some skill sets the other one needed. It’s no surprise that she is regional engineer for WM and I am close to the end of a long career with my reputation firmly in hand.

MP: As one of the first women who trained and work the same positions as enlisted men in the US Army, arguably, I may have been considered part of a group of women pioneering a future that now sees women performing combat duty.

As a landfill operator, I worked during a turbulent time in our industry. There were 157 landfills in South Carolina when I started, and now there are 16. It’s the operators that had the foresight to react to change, to guide their ship safely through the regulatory changes, and a changing financial landscape, and embrace new technologies and new methodologies that may have been a time in our history that men and women together did a little pioneering.

MP: The thing I’m most proud of is also the thing I’ve lost the most sleep over; making sure everyone goes home in one piece every night.

MP: Well first, welcome! Second, I think that they should join SWANA and make friends. I find that the most amazing conversations I have where real issues are discussed are with groups of women within this industry. When you get four women in our industry together, ideas are poppin’ and information is being shared in ways that I don't always see when I'm with four men. So, my advice is to network and to meet people and form relationships with folks in this industry.