The state of Maine was once home to nearly a dozen pulp mills — an industry known for generating not only fibrous material for paper manufacturing, but also an unpleasant, sulphur-like smell in the process. One such location had the misfortune of getting an unusually long-lasting nickname thanks to the smell. Its mill closed in 2015, but the town’s never shaken the moniker of “Stinkin’ Lincoln.”

Indeed, odor control is a major concern for many industries and communities, from waste management and industrial chemical producers to food processing and agriculture. Unlike noise pollution or blots on the landscape that can be buffered by sound walls or hidden with trees, smells are difficult to assuage without taking three key steps.

Offsetting the offensive odor with a more pleasant scent is a common first response, but flowery-scented garbage might be even more nauseating than the trash alone. And although industrial deodorizers can have a positive impact, odor suppression is more complicated than just covering it up. The first step involves observation and identification of all the odor producing areas of operation.

While human olfaction is considered inferior to most animals, science has found we can distinguish at least 1 trillion different odors. With training, humans can become quite adept at sniffing and recording smell data fairly accurately. As such, “trained noses” can be brought in to monitor odor and calibrate intensity in stations set up around a facility such as a landfill. This may require specialized equipment such as an Olfactometer to quantify the odors.

Consulting with weather stations can help determine odor patterns. Mapping the flow of wind allows you to understand which communities are downwind, for example. Let’s say a neighbor complains every Tuesday. It’s easy to check weather data and either validate or dispute the grievance.

Different odors travel differently, so it’s important to understand the physics of how smells disperse. There’s also temperature and humidity to consider — both of which can worsen the issue. Odor intensity may vary during the day depending on weather conditions. In addition, receptors (people) may notice odors more at certain times of the day depending on their behavior patterns such as leaving for work, returning from work, outdoor recreation, etc.

Step two is controlling emissions. How this is done will vary based on the type of facility and type of waste such as solid, hazardous, industrial or medical. Containing the source of odors might include installing filters or changing disposal or operations processes.

Odor containment is easier at facilities with limited sources of emissions such as Transfer Stations, Material Recovery Facilities (MRFs) or other processing facilities where odors are emitted through doors, vents, etc. For these facilities, odor control may include installing filters and/or deploying odor control agents at the emissions point to destroy, as opposed to masking, the odors. Odor containment at landfills requires more involved Gas Collection and Control Systems (GCCS) to control the odors before they are emitted to the atmosphere. Odor control agents may be used at landfills as an additional measure to the GCCS.

Monitoring, measuring, and managing odor can be done effectively with the right technology in place. You need an environmental, health and safety (EHS) system to correlate data across operations, record and manage community complaints, track responses to those complaints, record progress toward mitigating the smells, and manage risks.

For simple projects, spreadsheets may suffice to track data and your responses. But with more complex projects or multi-site issues, it can be helpful to have a more sophisticated platform that provides dashboards where you can track and measure progress, monitor your company’s responses to grievances and community issues, facilitate compliance with local regulations, and use this information to make more proactive business decisions.

Using a single, integrated EHS system can help you uncover the hidden trends in your operations that lead to odor issues in the first place, so you can put an action plan in place to prevent odor-related problems in the future.

Most people won’t care about your operation if they can’t see it, hear it, or smell it. Ideally, waste management or industrial odors can be contained before they become too offensive. If not, however, they can be controlled.

While it’s more difficult to manage than visual or auditory impacts, a complete approach to measuring and monitoring odor problems, complemented with specific mitigation measures, is most effective. 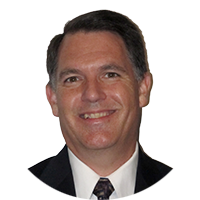 Michael Dae is the Head of Sustainability and Compliance for the Americas at IsoMetrix. He has over 20 years of experience as an EHS professional across solid-waste management, chemicals, and he has served as an environmental sustainability consultant for a wide range of global corporations.